You are using an outdated browser. Please upgrade your browser to improve your experience.
HELLO US | FREE SHIPPING ON ORDERS OVER 150 USD
EN DE FR
Ship to: United States

What is the difference between an Oxford and a Derby Shoe?

The general distinction between the shoes is how the lacing is constructed as a part of the shoe.

When going for a pair of laced-up shoes, the selection often boils down to two icons: The Oxford and The Derby, both champions in their own right.

Tracing its origin back to Scotland and Ireland, and gaining its name from being a shoe often worn on the campus of The University of Oxford back in the 1800s, The Oxford is by many considered the mother of all dress shoes. Thereafter, The Derby has appeared as a less formal version of The Oxford, offering unmatched compatibility with both formal- and casual wear. Easy to pair – easy to wear.

Even though this seemingly futile detail constitutes the distinction between the two kinds of shoes, they are often crafted with some quite defining individual characteristics such as broguing (the dotted patterns on the shoe), the dimensions of the outsole and the instep. How The Oxford and The Derby can be perceived in terms of compatibility with certain clothes is mainly decided by two main factors:

With this in mind and after years of development, we offer our own take on The Oxford and The Derby, each with their own distinct characteristics. 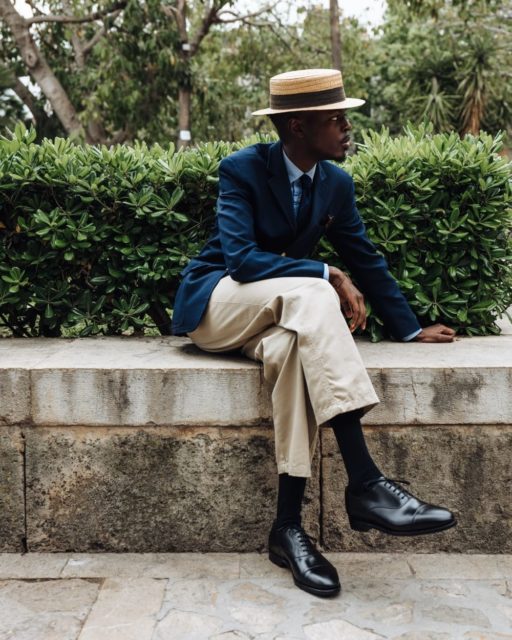 Crafted on a single leather sole for a sleek and timeless impression. Cap toe for an elegant yet versatile look. Offered in Black, Brown and Burgundy Calf, as well as Brown and Medium Brown Suede, for both formal and casual impressions. 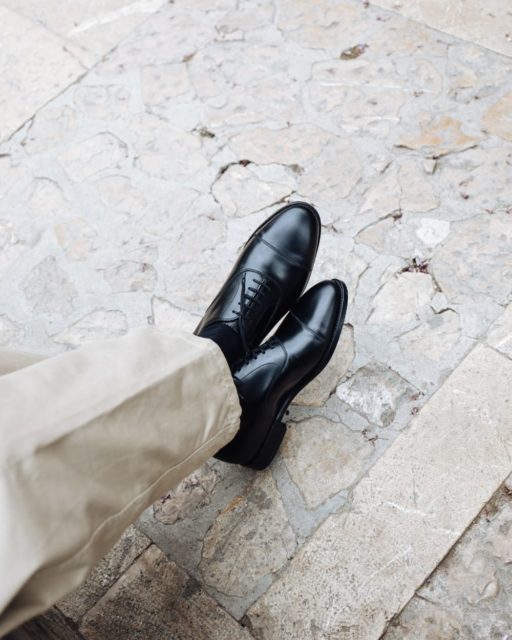 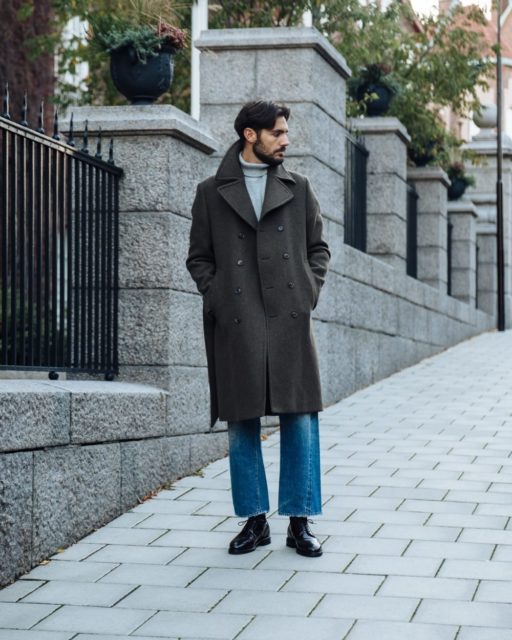 Crafted on a sturdy rubber sole with a storm welt so that you can feel reassuringly solid underfoot, also giving the shoe a more substantial impression. Brogue details handstitched on the finest calf and suede leathers which we source locally from our tannery in Valencia, Spain. Offered in classic colors on leather and suede, for both formal and casual impressions. 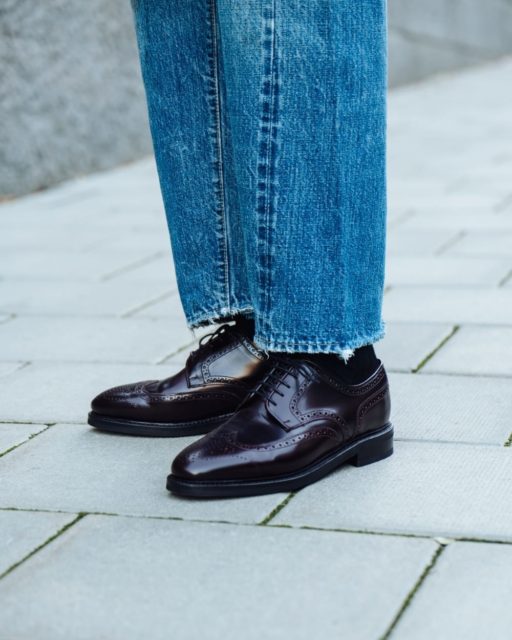 Voilà! Now you know the difference between an Oxford and a Derby. Don’t hesitate to get in touch with us on live chat if you have any questions or want to learn more about the world of shoes.

Handmade in 128 steps. 61 dedicated working stations with artisans behind every stroke.

How to style | Shoes in black
Jack - 2 min read

Of the many different colourways in our collection, black is undoubtedly the most popular. Looking sleek in almost every setting, it's no surprise that this…

The Opera Pump is, once again, this year featured in our holiday lookbook - proving that classics never go out of style.